Remain Resolute with Your Faith in God

Remain Resolute with Your Faith in God  – “But when he saw the strong wind and the waves, he was terrified and began to sink. “Save me, Lord!” he shouted.” Matthew 14:30. 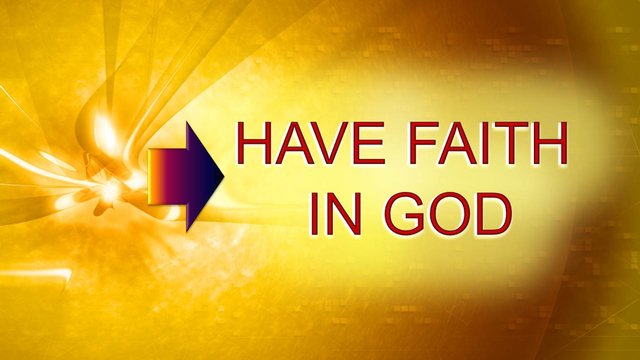 The hardest thing for a man to do is to remain resolute with their faith in God in the face of complexities and the numerous blows the world throws at him.

Many have found the faith and accepted the tag as being Christians; followers and in fellowship with the trinity but forget essence of having that faith in God. They forget that remaining resolute in that faith is the one and only key for unlocking the mysteries of experiencing the totality of what God has to offer.

For the disciples of Christ, after walking with Jesus and listened and received from Him, their faith came into question…

‘Suddenly, a fierce storm struck the lake, with waves breaking into the boat. But Jesus was sleeping. The disciples went and woke him up, shouting, “Lord, save us! We’re going to drown!” Jesus responded, “Why are you afraid? You have so little faith!” Then he got up and rebuked the wind and waves, and suddenly there was a great calm.’ – Matthew 8:24-26

Long after which Peter in Matthew 14:30 had his faith waned and was sinking. There are many folks in the condition of Peter right at this moment; taking their eyes off the LORD(losing faith), sinking…terrified… reaching a decision or yet to reach a decision to call out, saying SAVE ME.

There are four kinds of these people;
Those losing faith and suddenly want to pay attention to the strong winds and the waves(the things that hit them in life)…
Those who get terrified and by extension sinking…
Those who realise there is Hope for Salvation and call out, “LORD save Me or Us.”
…and those who have lost it and do not know how to call out for help or even realise the they are sinking to be able to call out for that help to talk of accepting that help from the LORD Jesus.

The depth of your faith is hitched on how well you have accepted what you have heard, been told and have seen(experienced or encountered). Just like in the parable of the seed as told by the LORD, the seed you are determines your survival.

If you do not know what you have heard at least go to the WORD OF GOD, compare you situation to a likely character in the Bible and ask for the gift of Faith to speak life into your dying situation.

No matter what it takes, Remain Resolute with Your Faith in God! Shalom!!!

Also read;
Daily Devotional Guide
Where is your Belief?
Never Speak ill of your Rulers!
Do you speak of Jesus to others Daily?
Have No Hesitation in Proclaiming the Good News of God

Endure unto the End

Take Heed and Be not Deceived

We have all been called but your Willingness counts you Chosen