Effects of Lockdown on Big Cities of the World

Effects of Lockdown on Big Cities of the World- Lockdowns around the world to slow the spread of coronavirus have had an unintended consequence — creating a global experiment in reducing pollution in some of the world’s busiest cities.

From New Delhi to Milan, the air has become cleaner, albeit temporarily, in many of the world’s most polluted areas as people stay at home and travel rates have reduced significantly. 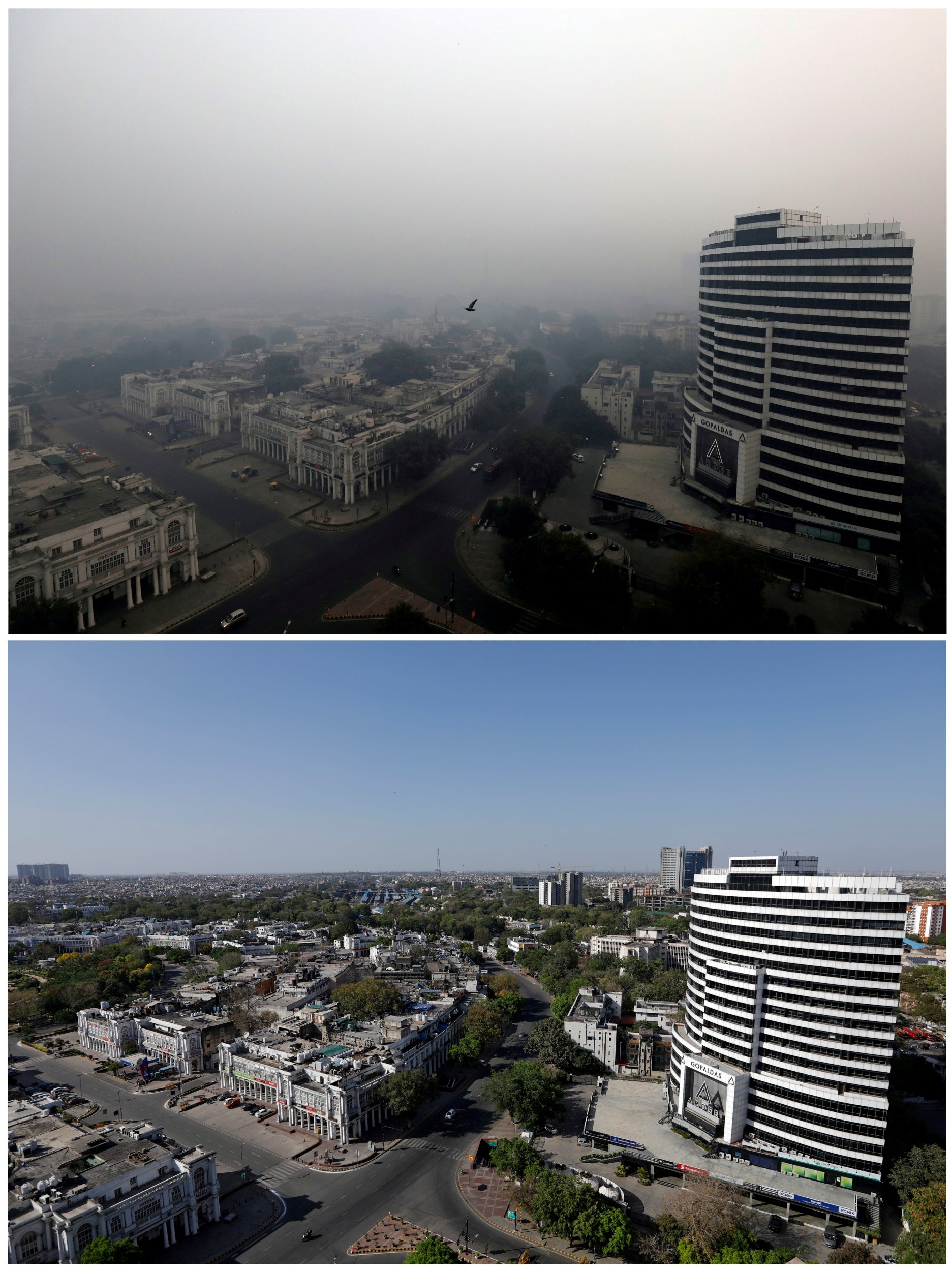 In the northeastern US, nitrogen dioxide pollution is down by 30 per cent, while in Rome, air pollution levels from mid-March to mid-April were down 49 per cent from a year ago.

Residents in some cities have also begun to notice animals turning up in strange places and at unusual times, with coyotes seen along downtown Chicago’s Michigan Avenue and near San Francisco’s Golden Gate Bridge, goats spotted in a town in Wales and a puma found roaming the streets of Santiago, Chile.

In India, a lockdown that has shut down schools, workplaces and transport has led to significant drops in air pollution in six out of the 10 most polluted cities in the world.

On the first day of the lockdown, the average PM 2.5  pollution levels decreased by 22 per cent and nitrogen dioxide (NO2) dropped by 15 per cent, according to air pollution data analysed by the Centre for Research on Energy and Clean Air.

Those figures are especially important for public health, because India accounts for the highest pollution-related deaths in the world with more than 2 million people every year, according to a December 2019 report by the Global Alliance of Health and Pollution.

“It is giving us this quite extraordinary insight into just how much of a mess we humans are making of our beautiful planet,” Stuart Pimm, a conservation scientist at Duke University, North Carolina, said.

“This is giving us an opportunity to magically see how much better it can be.”

Researchers have been tracking the drops in traditional air pollutants, such as nitrogen dioxide, smog and tiny particles, which kill up to 7 million people a year worldwide, according to Health Effects Institute president Dan Greenbaum.

Barry Lefer, an atmospheric scientist at Nasa, has said air from Boston to Washington in the US is at its cleanest level since 2005, when a Nasa satellite started measuring nitrogen dioxide levels.

“We’re getting a glimpse of what might happen if we start switching to non-polluting cars,” Mr Lefer said.

Although the changes may be short-lived in many cities, some officials are already considering how to use the pandemic as an opportunity to rethink their attitude to pollution and the environment.

Milan, which had some of the worst pollution in Europe, is preparing to reallocate 35km of street for new cycle paths when it reopens from lockdown after years of attempts to reduce car use in the city. 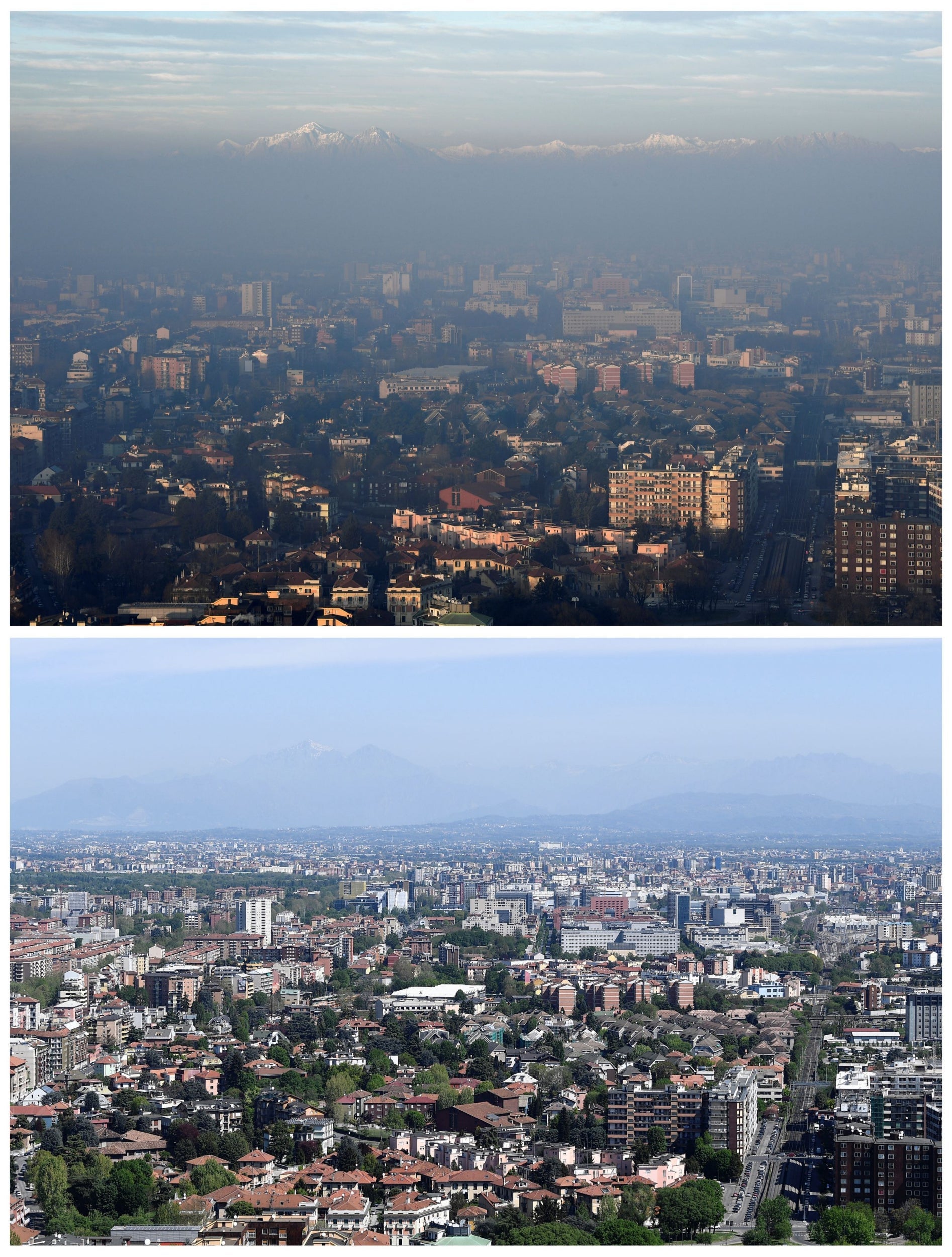 Antonio Guterres, the UN secretary-general, has urged the world to use the recovery from COVID 19 to move towards a greener future and prevent the planet’s “unfolding environment crisis”.

“Biodiversity is in steep decline. Climate disruption is approaching a point of no return,” Mr Guterres said.

“We must act decisively to protect our planet from both the coronavirus and existential threat of climate disruption.”

The secretary-general has called for governments to ensure the recovery delivers new jobs and businesses through a clean, green transition to a more sustainable economy.

Mr Gutteres said taxpayers’ money should be tied to achieving green jobs and should flow to sustainable sectors rather than spent rescuing businesses who contribute heavily to pollution.

Tags: Effects of Lockdown on Big Cities of the World
ShareTweet2Send